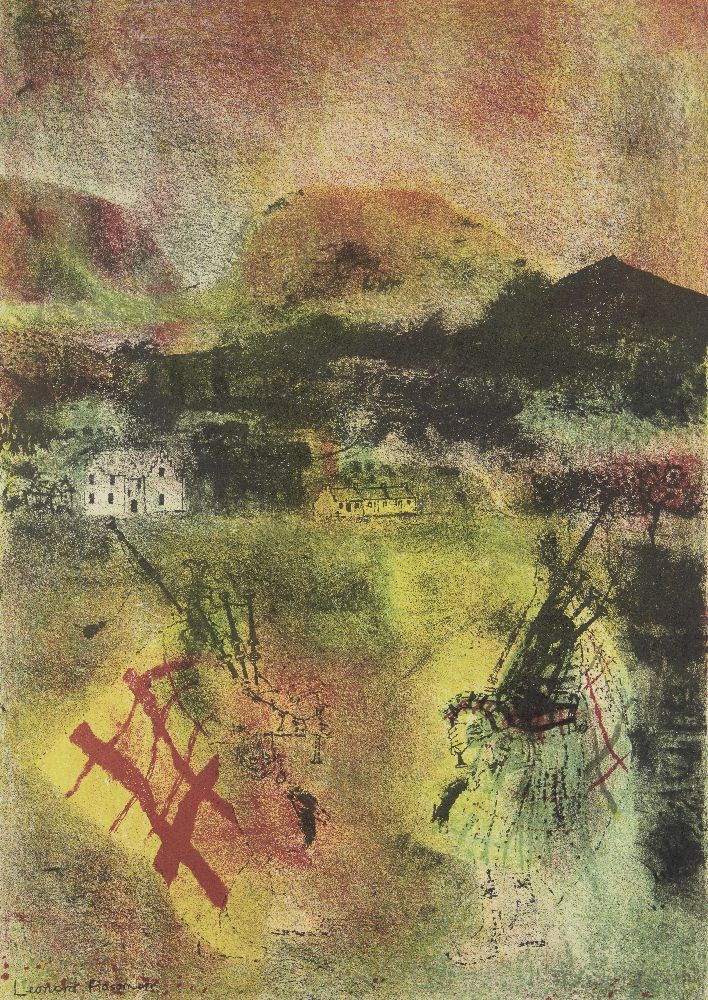 Rosoman was born in London and educated at the Newcastle upon Tyne School of Art under E.M.O’R. Dickey in 1930–4, at the Royal Academy Schools in 1935–6 and at the Central School under Bernard Meninsky in 1937–8.

On leaving the Central School he illustrated JBS Haldane’s ‘My Friend Mr Leakey‘. He went onto run life classes at the Reinmann school, the London branch of a Berlin art college.

At the beginning of the Second World War Rosoman joined the Auxiliary Fire Service, which in 1941 became the National Fire Service, and began making paintings based on his experiences as a fire-fighter during the Battle of Britain and the Blitz in London. One of these A House Collapsing on Two Firemen, in the Imperial War Museum, shows the incident on the night of 29/30 December 1940 in which a young fireman who had just relieved Rosoman at his position was killed by a collapsing building in London, the other fireman, the author William Sansom, survived, the scene haunted Rosoman and he re-worked the painting several times.

In 1943 Rosoman was seconded to the War Office to illustrate books on fire-fighting, and in April 1945 was appointed as an official full-time War Artist. Working alongside James Morris they documented the activities of the British Pacific Fleet.

On his return to Britain, Rosoman taught at Camberwell College of Art, before moving to Edinburgh College of Art in 1948 to teach mural painting. He organised a famous exhibition for Sergei Diaghilev at the Edinburgh festival of 1954 and, with the help of students, made a large mural at the art college, where the exhibit was held. This exhibition was later shown in London. In 1956 he moved on to the Chelsea School of Art, and the following year to the Royal College of Art, where David Hockney was one of his students.

In 1951 Rosoman painted a mural for the Festival of Britain on the South Bank in London and drew his first illustrations for the Radio Times. In 1953 Rosoman also made the print for sale here, chosen from artists on the stuff of the Royal College of Art for the Royal Coronation. In 1958 he did the murals for the British Pavilion at the Brussels International Exhibition. Rosoman was elected an associate of the Royal Academy in 1960 and became a full academician in 1969.

A retrospective exhibition of Rosoman’s war art was held at the Imperial War Museum in 1989, before being shown in Edinburgh in 1990. He received the OBE in 1981.