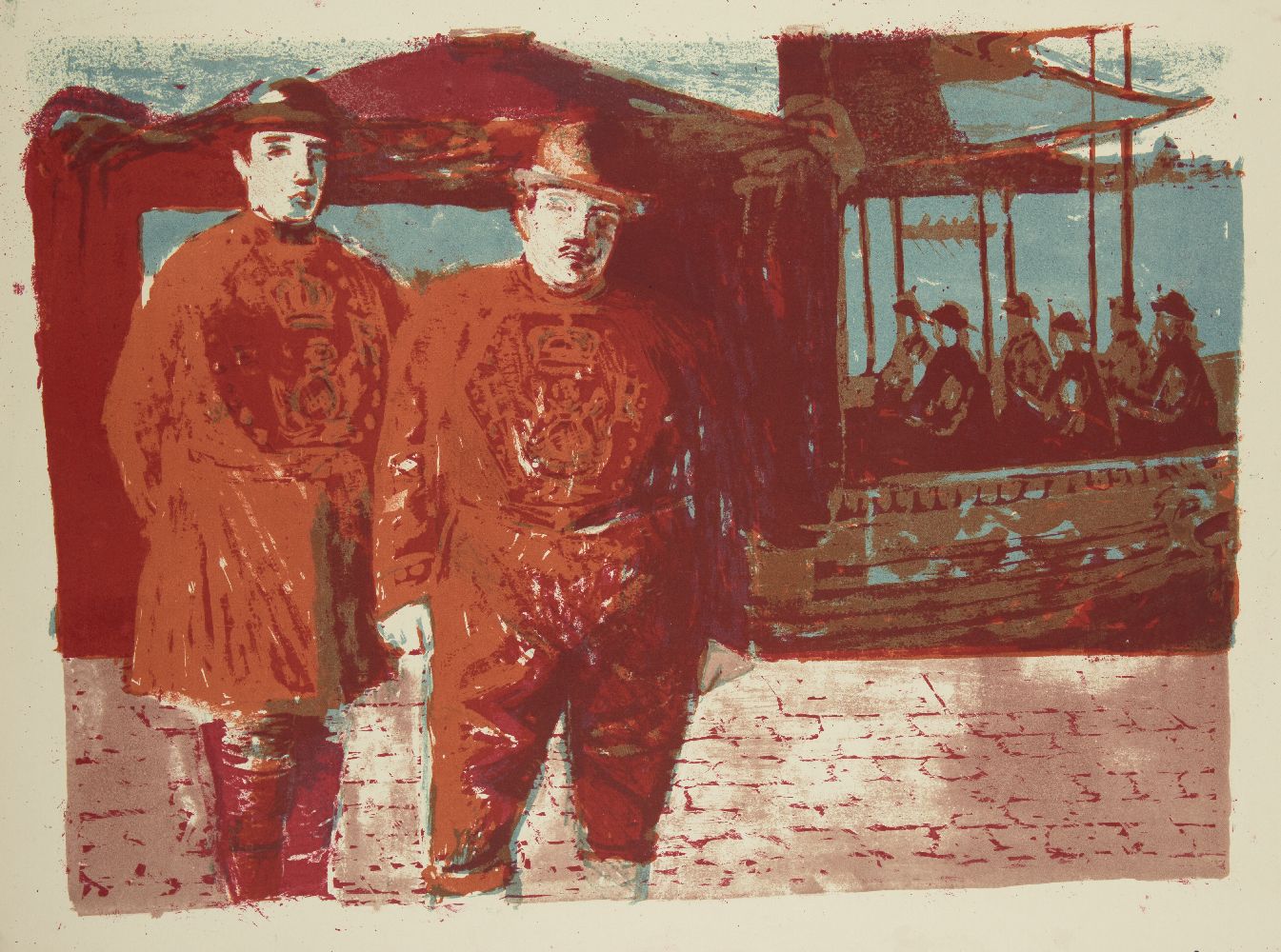 John Gilbey Bowles was a student at the Royal College in Art from 1952. In 1953 his print was selected as one of the student entries for the Coronation Lithographs by the RCA. In 1953 he joined the Royal Society of Painter-Printmakers. He has work in the collections of Eccles Museum, Birkenhead Museum, Salford Museum & Art Gallery and the Williamson Art Gallery. His last known address was Sandown, Small Hythe, Tenterden, Kent.