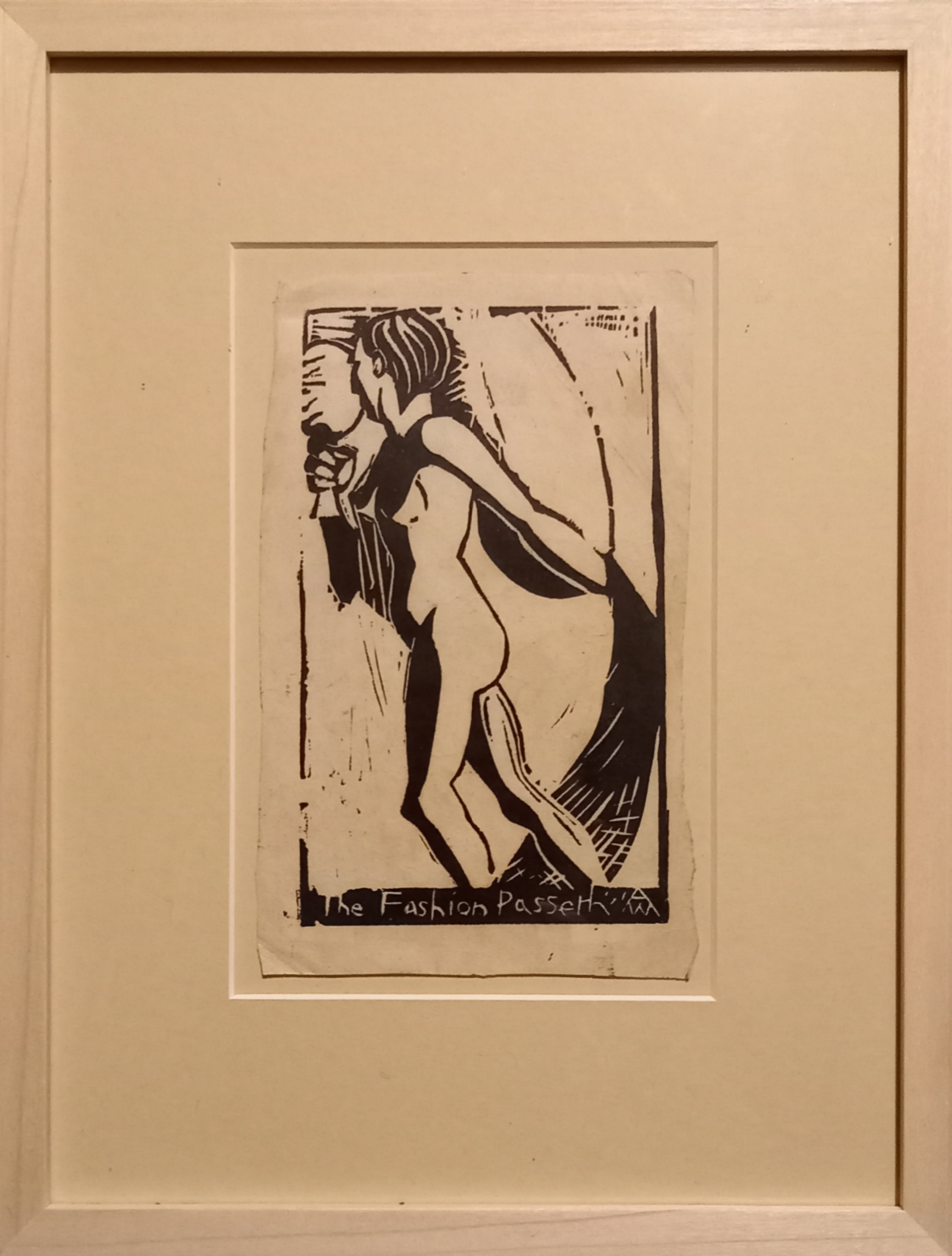 Alfred Waldron was a talented printmaker born 1912. Born in the suburbs of Birmingham, he attended the local Art School, at that time famous for pushing the boundaries of graphic design and flaunting it in their annuals The Torch. Waldron studied under Eric Malthouse (taught at Birmingham from 1931-7), who’s estate these prints come from. Waldron was at the Birmingham School of Art from 1931-4. Graduating from the art school Waldon travelled to stay at the artists’ colony on Sark, in the Channel Islands.

In the 1930s many British artists worked on Sark for the good light but these were traditionalists such as Arthur Royce Bradbury, who spent most of the summers there. Eric Drake was a teacher at the Slade School of Art and had married a talented graphic artist, Lisel, and moved to the island too. Eric invited many artists to the island, including the groups most famous member, the author and artist Mervyn Peake in 1932. Peake spent the next five years on the island.

These young artists were shook up with new and bold styles of printmaking and painting and bought this to the island. Waldron joined the Sark Group of Artists in 1934, the same time as Guy Mallet, and they both exhibited prints at the newly built art gallery that acted as the centre for the artists on the island. They were joined by frequent guests on the island, Sybil and Cyril Andrews.

The teacher Eric Drake and his rich American wife Eloise, ‘Lisel’, an ex-Slade student, had started the Sark Art Group a few years earlier, hoping to imitate the artists’ colony in St Ives in Cornwall, and had built a studio.

In London the Sark Group exhibited at the Cooling Galleries, New Bond Street, London from May to June 1934. This exhibition created a lot of press coverage, and in an interview Drake tried to encourage young artists to come to Sark but suggesting that men could get money and credit on the island by taking on manual jobs such as gardening on the island “between his spells of artistic creation“.

Alfred Waldron was known as ‘Pip’ on the island. It’s claimed that Mervyn Peake based the character of Mr Pye (1953) on him.

Eric Drake wrote about Waldron: ‘he seemed to live in a world of fantasy that was private to him, if not completely autistic. I think we all felt his innate ability, but we also knew of his traumatic childhood; I hoped Sark would snap him out of it, but I guess it needed more than that’.

Vast Alchemies: The Life and Work of Mervyn Peake – Page 72

Vast Alchemies: The Life and Work of Mervyn Peake

A critic of one of the artists group shows said this of Waltron’s linocuts: ‘The perfect balance of the black and white, the vitality of the figures, the texture, and the composition as a whole, is amazing.’

The group stuck together until the war sealed the fate of the community on the island, as well as Eric Drakes’s separation with his wife in 1937.

Waldron also showed his work widely in North America including in the British Pavilion at the World’s Fair in New York 1939, National Gallery of Canada 1939, Museum of Fine Arts, Boston 1940, and the Arts Club of Chicago 1940. His work is in the collection of the British Council.

The last record of him exhibiting his work is in an exhibition in Puru, Exposición de arte Británico Contemporáneo with his linocuts for a planned book of the Omar Khayyam. The work was donated to the British Council by Mrs Douglas Mitchell.

Alfred Waldron’s last works were of Linocuts. It could be he died of natural causes or in the war but the British Council also have no record of what happened to him after 1945.