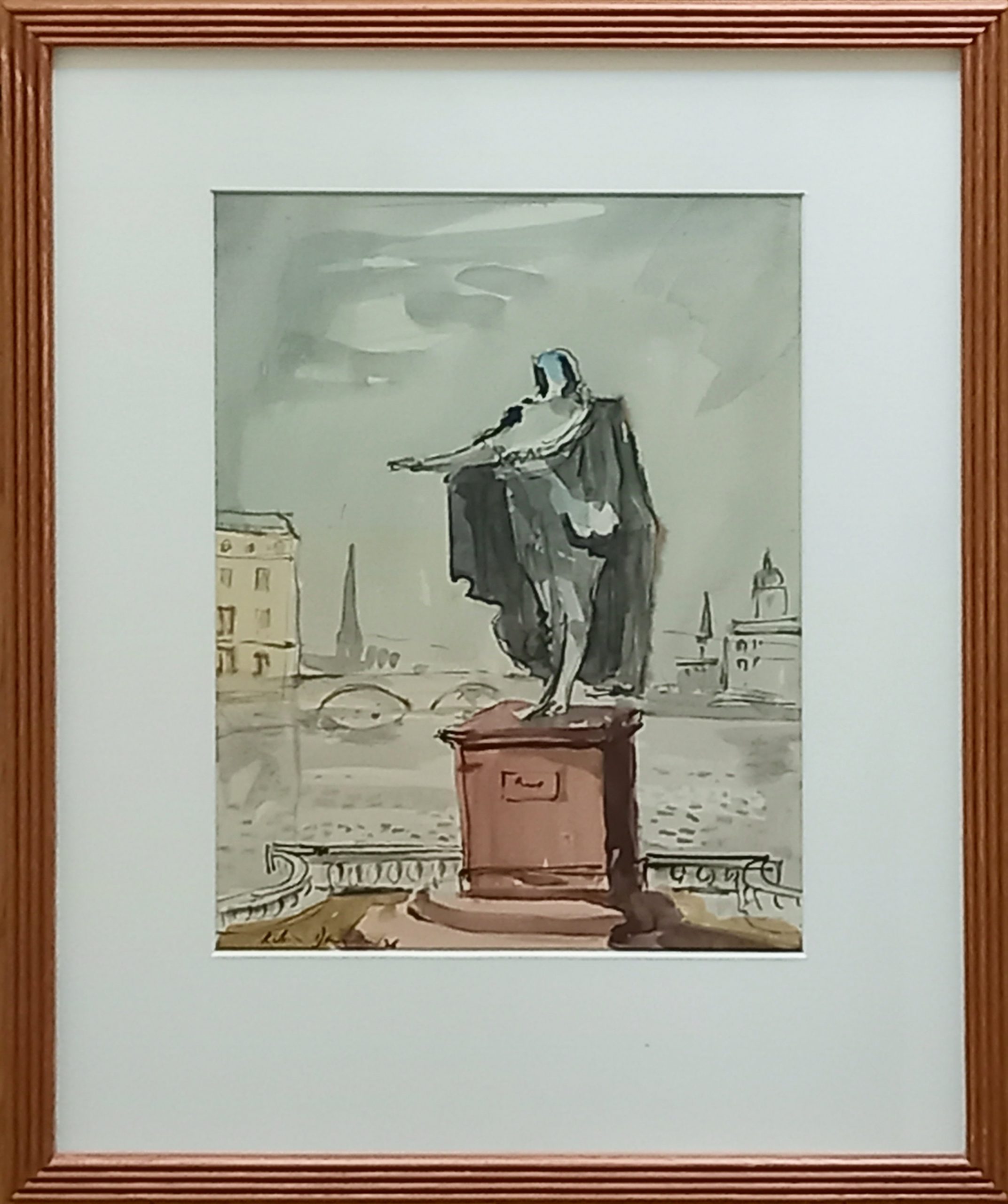 This painting was made from when Darwin was on a tour of Sweden in 1936. Another image from the same harbour can be seen on p70 of Robin Darwin by Henrietta Goodden.