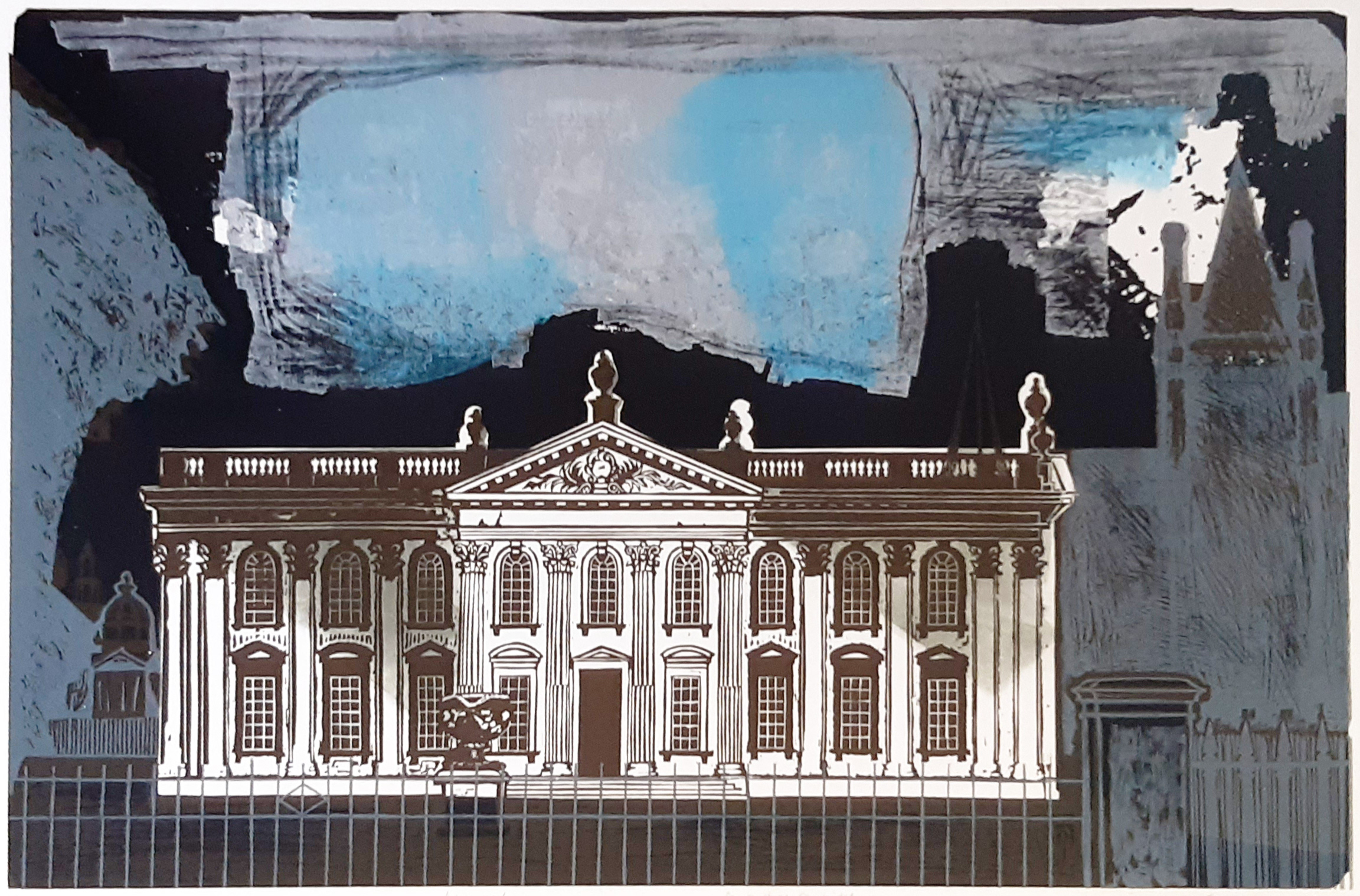 This print was made at Editions Alecto. Lithography is a printing process that uses a flat stone or metal plate on which the image areas are worked using a greasy substance so that the ink will adhere to them, while the non-image areas are made ink-repellent. A printing process based on the fact that grease and water don’t mix. The image is applied to a grained surface (traditionally stone but now usually aluminium) using a greasy medium: such as a special greasy ink. A solution of gum arabic and nitric acid is then applied over the surface, producing water-receptive non-printing areas and grease-receptive image areas. A roller charged with oil-based ink is rolled over the surface, and ink will only stick to the grease-receptive image area. Paper is then placed against the surface and the plate is run through a press. Photographic exposure can be made to a lithographic metal plate too, of say, a linocut.

Unusual for me, I haven’t had the time to remount and reframe this work. However the option is available. It will be best to call me on this issue.