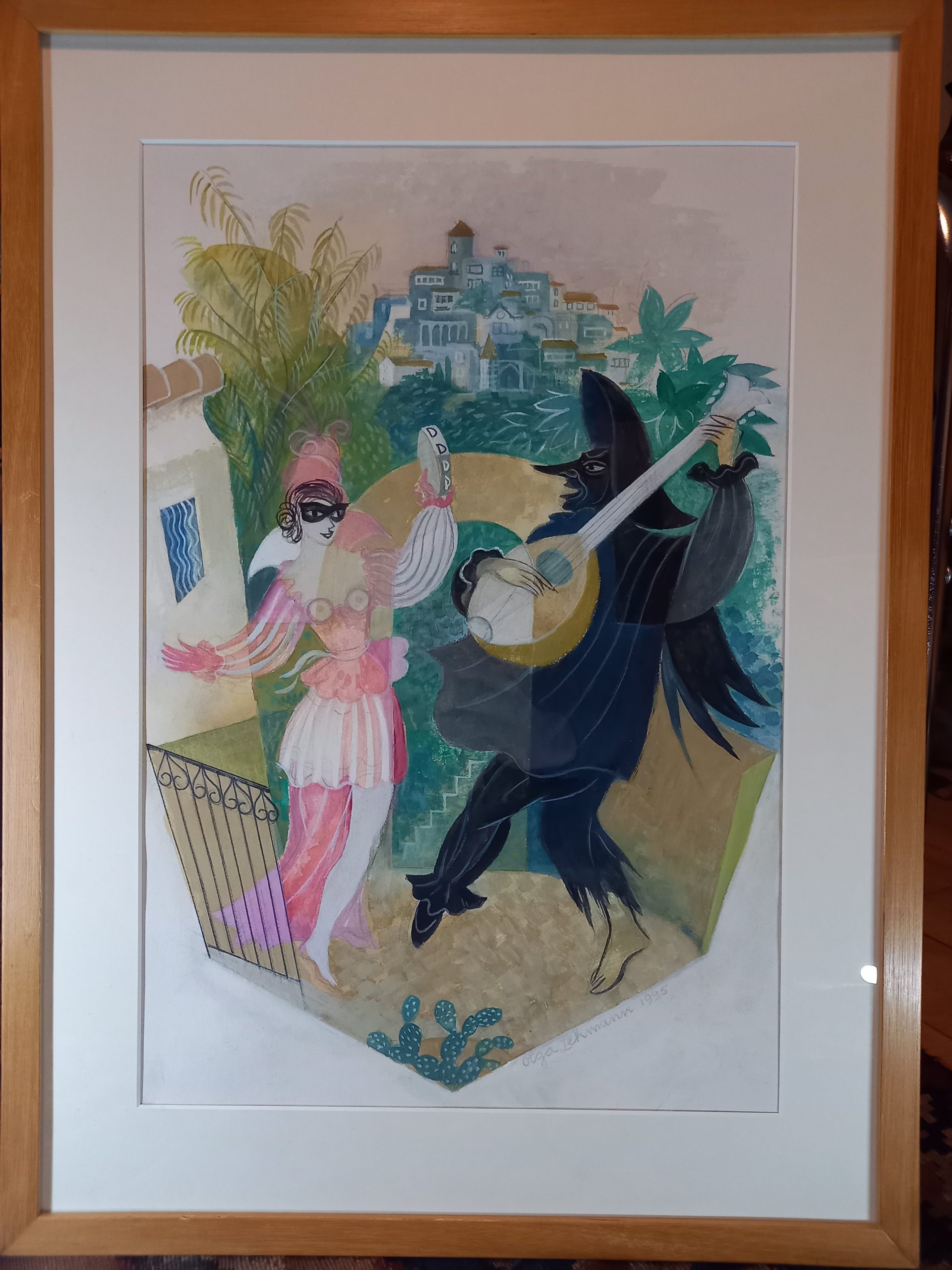 Painter, illustrator and designer, born in Chile. She won a scholarship to Slade School of Fine Art, studying under Allan Gwynne-Jones and Vladimir Polunin.

She worked for three years at Covent Garden Opera House, then was in costume design and was art director for Rank Advertising, which led to work in Hollywood, her film credits including Laughter in Paradise, The Inn of the Sixth Happiness and Witness for the Prosecution. She painted the portraits in the background of the Dynasty television series, her other thespian portrait credits including Dirk Bogarde, Peter Sellers and Ralph Richardson. Lehmann painted landscapes near her Essex homes in Great Sampford and Saffron Walden which were likened to those of John Nash and Rowland Suddaby. Was a member of NS and SGA.

Lehmann was also a prolific illustrator for Radio Times. There was a retrospective at The Barnsdale Gallery, Yoxford, 2001. The Imperial War Museum, Royal Air Force Museum at Hendon and Fry Art Gallery in Saffron Walden hold her work.