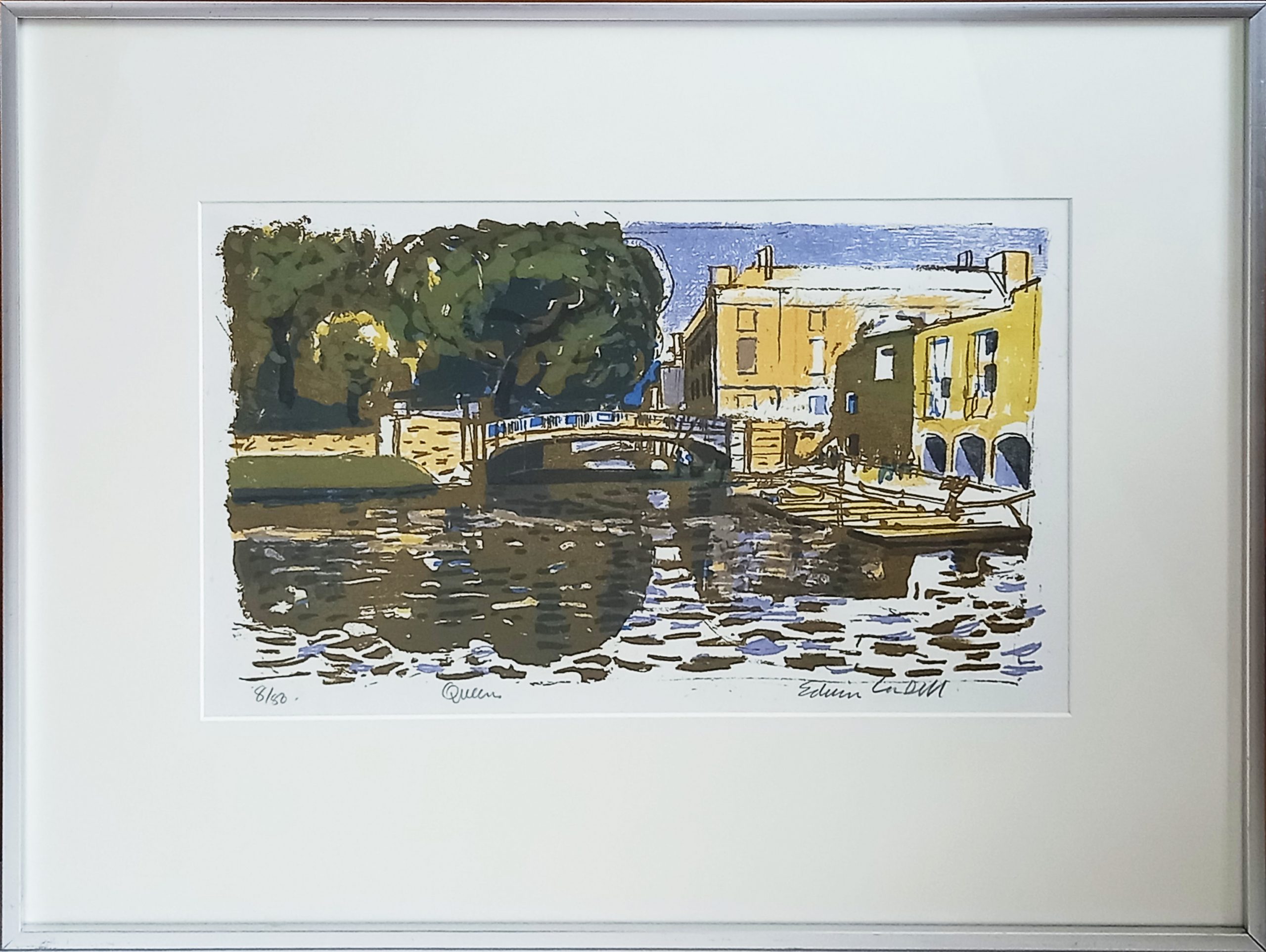 Edwin La Dell was born in Sheffield. After attending Sheffield School of Art, in 1935 he won a scholarship to study at the Royal College of Art under John Nash and he later became head of the Department of Lithography at the College from 1948 until his death in 1970. He was elected to the Royal Academy of Arts on 24 April 1969.

La Dell was appointed as an official war artist during the Second World War, working on both public murals and camouflage, but his best known works are those from the post-war era, in particular the lithographs he created for the coronation of Queen Elizabeth II, for the School Prints scheme, for Lyons Tea Rooms and his own series of Oxford and Cambridge.

One of the artists La Dell worked with during the war was Charles Mozley, whose wife’s sister, Joan Kohn, married La Dell in 1940. La Dell’s work is currently held in many collections, including those of the Royal Academy, Government Art Collection, The Stanley & Audrey Burton Gallery – University of Leeds, Rotherham Heritage Services, the Imperial War Museum and the Tate.

The colours of this lithograph are brighter and gayer than many of the others in the edition. La Dell had the habit of changing the colours as the edition was printed to serve different tastes.