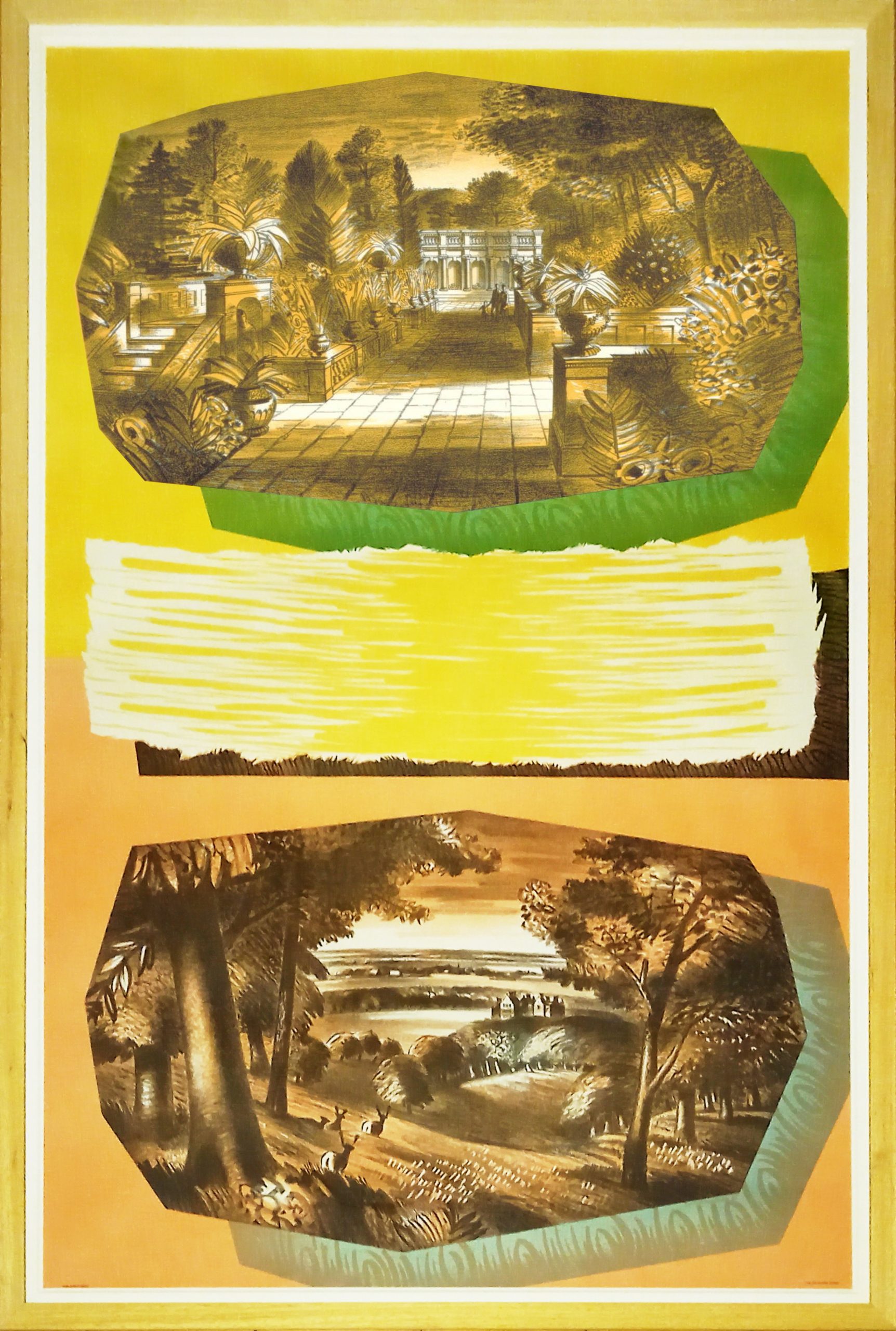 This poster is how Freedman designed it without the text that London Transport added. It was the last poster he designed. The title for the posters theme was “Amid the groves under the shadowy hills”.