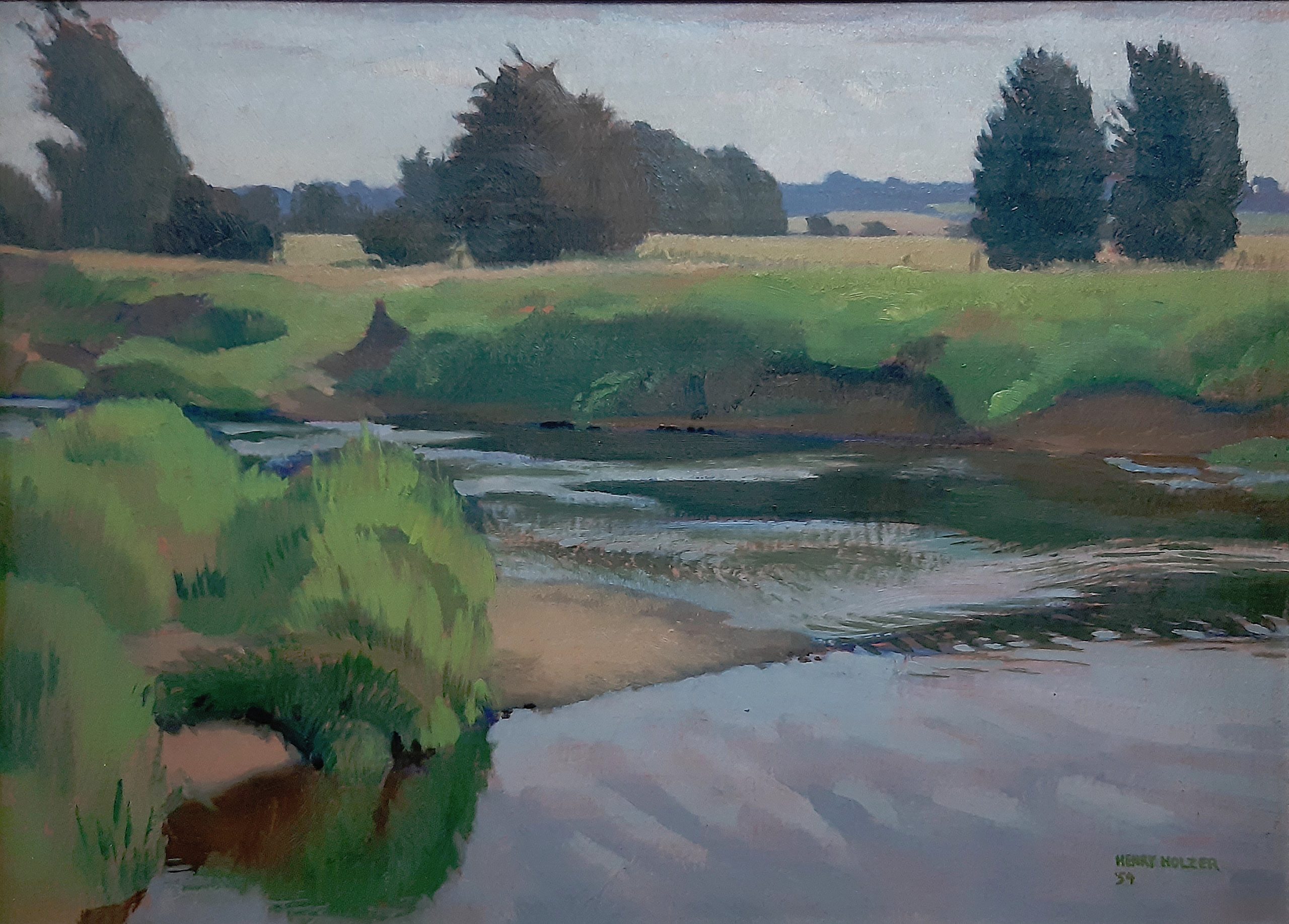 As you can see, the lithograph of the river is the reverse image (as prints are) of the painting below.