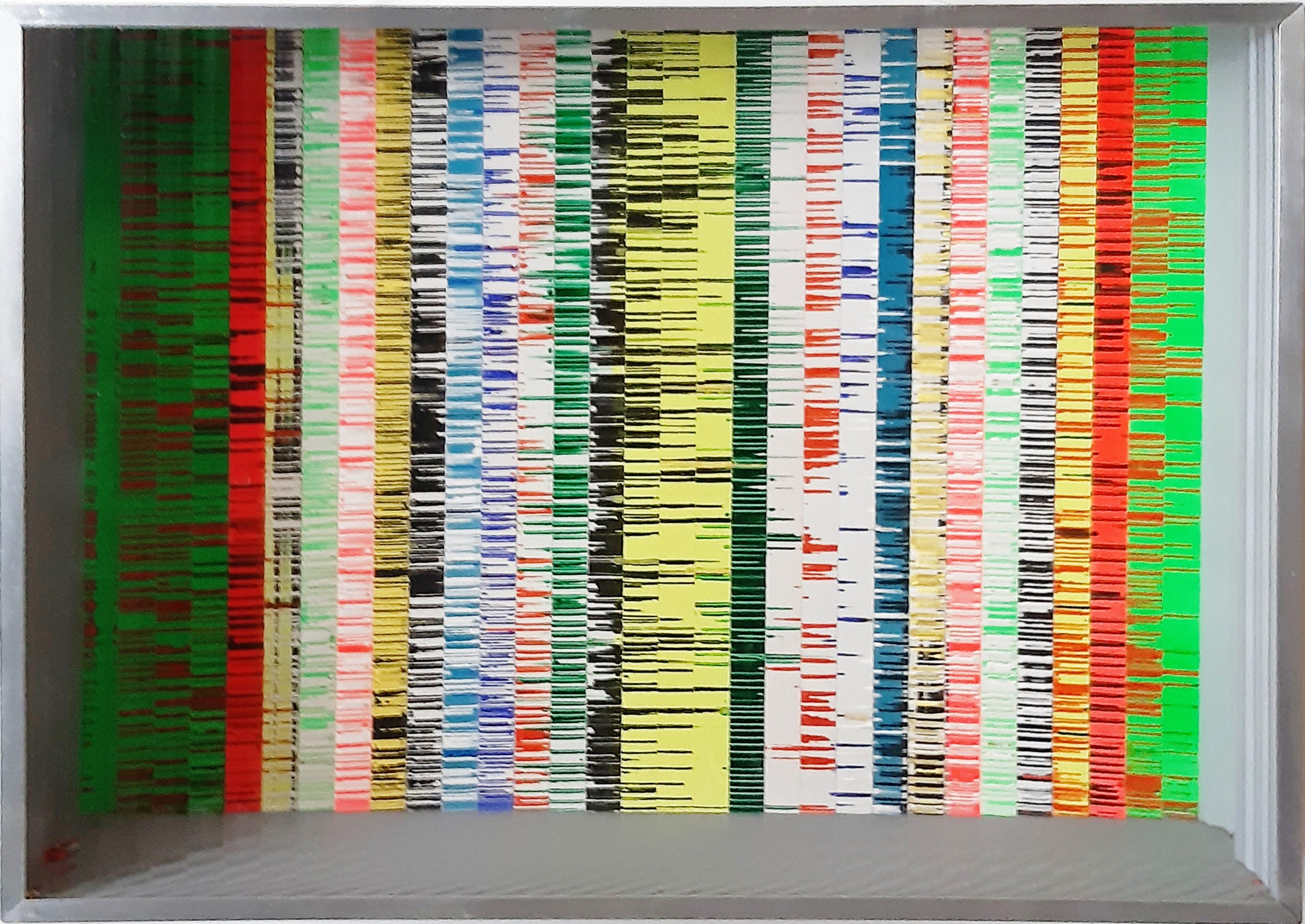 Reflections is a construction of plastic mirrors and painted boards that looks more like a kinetic Bridget Riley painting, from one viewpoint it acts as a warped mirror of light in the room and another it reflects the painted boards.