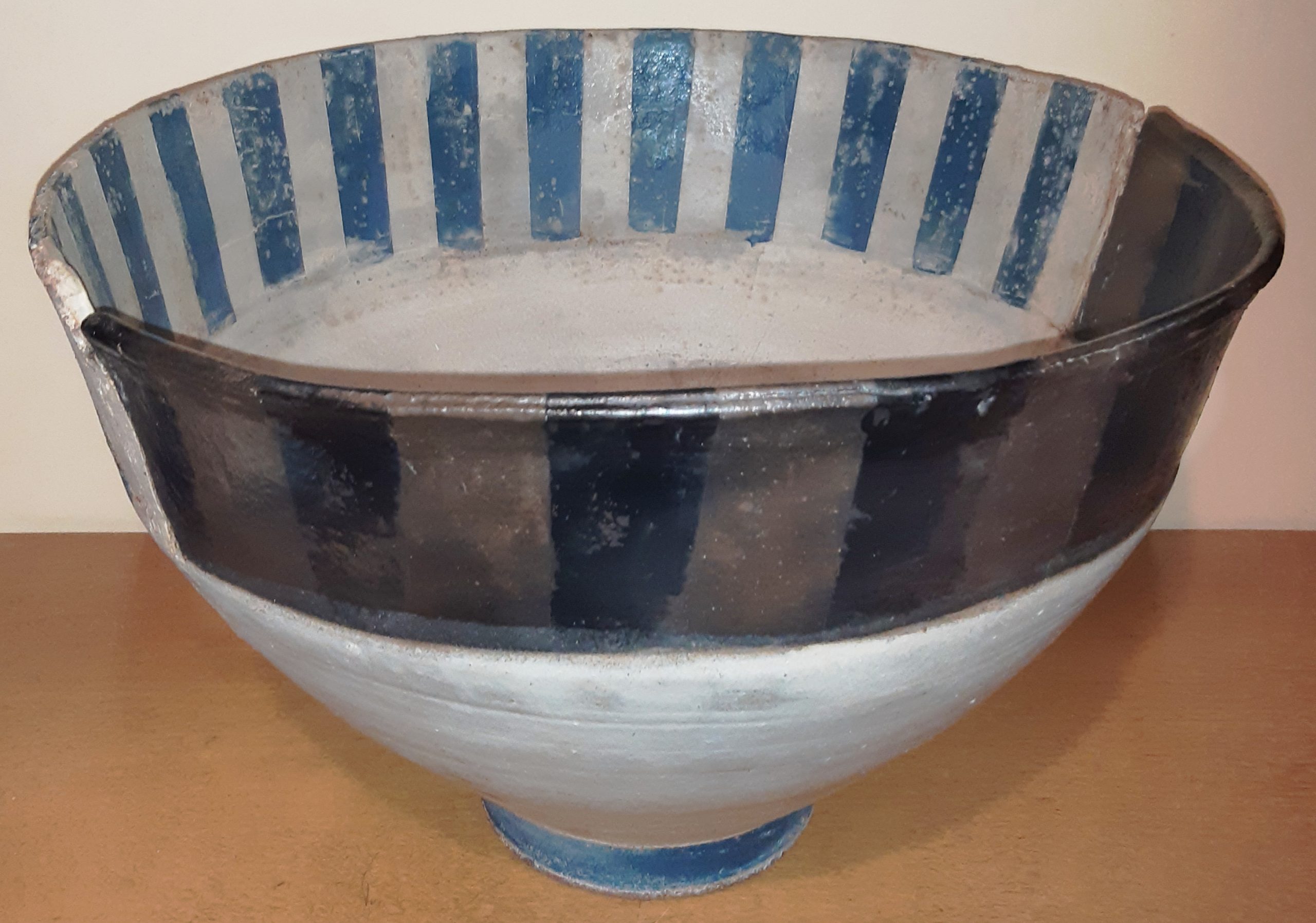 Robin Welch was born in Nuneaton, Warwickshire. In 1953 he studied art at Penzance School of Art in Cornwall, and in 1956 Central Saint Martins, London. He worked at the Leach Pottery, between 1953 and 1959, and moved to Australia for several years before returning to England in 1965 and setting up Stradbroke Pottery in Eye, Suffolk.

He designed for Wedgwood, Midwinter and Denby but is mostly remembered for his slab vases and bowls. £1000ono