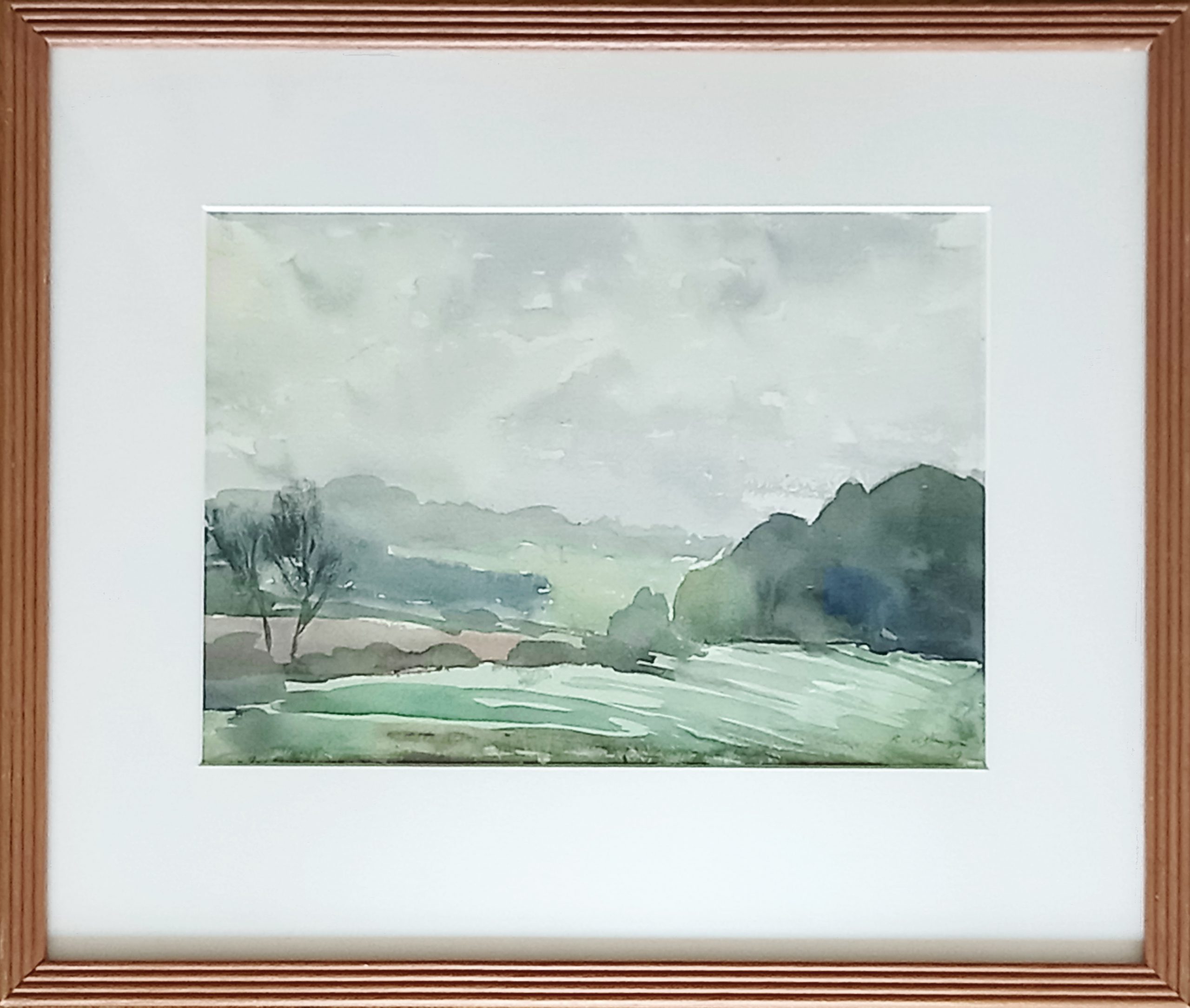 This watercolour is from the personal collection of Thomas Agnew. Painted in 1929 it is an early watercolour from Darwin.