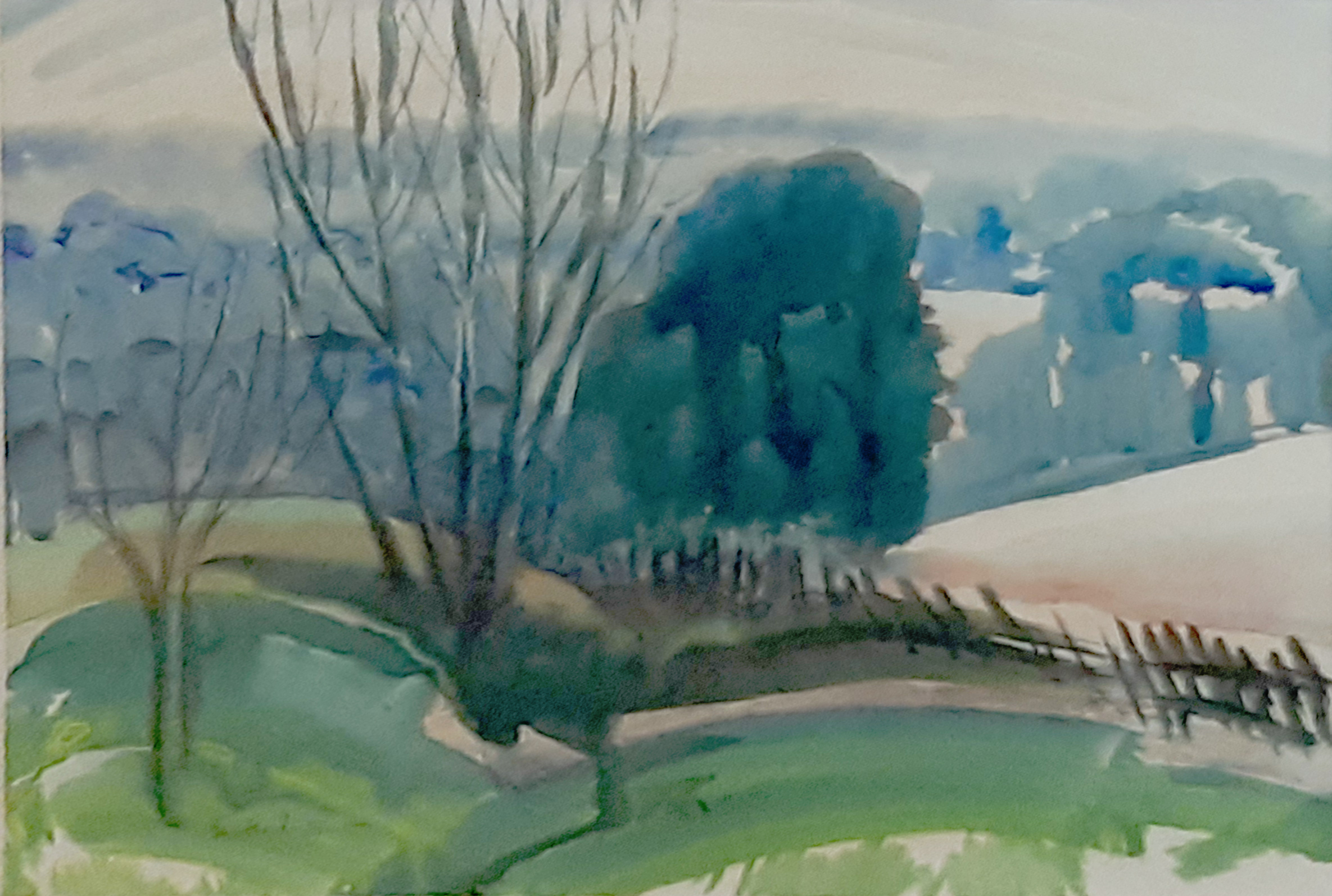 Born in Eastbourne. Attended the South Kensington Schools before studying at the Slade School of Fine Art (1903-1905). She then studied in Paris. For periods of time, between 1908 and 1912, she took lessons at various parisian ateliers: the Academie Moderne, Académie Colarossi, Académie de La Palette and at Cercle Russe. In 1912 Henderson studied with Othon Friesz before spending 1913 in Italy. Enrolled at the Chelsea Polytechnic in 1916, where she was taught lithography by the artist Francis Ernest Jackson. In London she became a frequent visitor to London Zoo and animals became a major theme of her work. London Transport commissioned a poster from her to promote travel to the Zoo, which was well received. Henderson started her own press and became a member of the Senefelder Club.

In 1928 Henderson married Henri Baron de Coudenhove, the French consul to Guernsey. The couple lived on the island during World War. Two and throughout the German occupation. Baron de Coudenhove died towards the end of the war and in 1946 Henderson moved to Hadlow Down in Sussex. Henderson exhibited at the Royal Academy, with the Women’s International Art Club and the Society of Women Artists. Works are in the collections of: The V&A, Tate, British Museum, National Gallery of Victoria, Melbourne and the Guernsey Museum & Art Gallery.