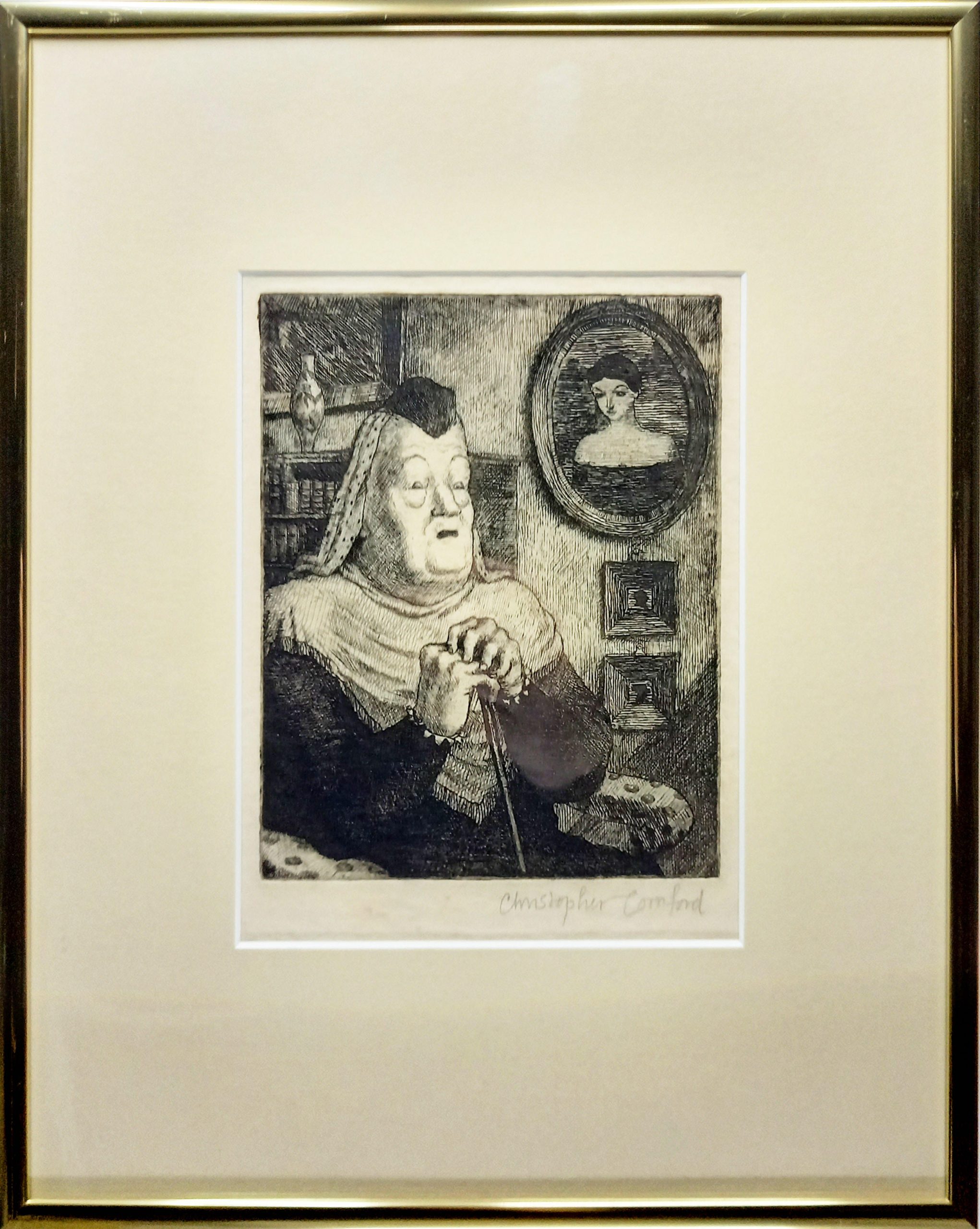 Christopher Cornford was born in Cambridge in 1917. He was the son of Francis Cornford, and his wife Frances Cornford (née Darwin). Through his mother he was a great-great grandson of Charles Darwin. Educated at Stowe School and the Leys School, Cambridge he went on to attended Chelsea College of Art from 1934, gaining an Art Teacher’s Diploma in 1937 and became a visiting tutor there and at Morley College from 1937-9.

In the very political climate of the Thirties, Cornford become an activist; like his brother John he joined the British Communist Party and marched through London, demonstrated against Mosley and was beaten up by Blackshirts. John Cornford made his way to Spain at the start of the Civil war in 1936, joined the Republicans, and was killed by the Fascists on his 21st birthday; this tragedy made an indelible mark on the younger brother, who although he left the Communist Party was thereafter totally committed to activity for a better state of society.

Cornford served in the Royal Artillery during WWII. Cornford’s took up his first important teaching post in 1947 at Newcastle University School of Art. He was there for several years before leaving to teach Drawing at the Cambridge School of Architecture and at the Technical College. In 1962 he left for the Royal College of Art in London until his retirement in 1979.

He worked as an illustrator for many authors but he had an ongoing collaboration with Iris Murdoch, illustrating four of her novels, A World Child (1975), The Three Arrows & The Servants (1970), The Black Prince (1973),and The Unicorn (1963).

During his tenure of office as Head of the Department of Humanities at the Royal College of Art between 1962 and 1979, he was – for a professor – unusually sympathetic to the student revolts of the period. His particular concern was to encourage his students to take up ‘art therapy’ when they left college, teaching art to people in institutions, particularly hospitals. 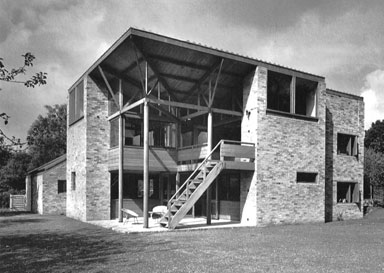 When he retired he moved into Spring House, designed by Colin St. John Wilson and Mary J Long in 1965, in Cambridge. Considered to be a brustalist masterpiece.

From 1984 Cornford taught a popular study group at the University of the Third Age at Cambridge under the title ‘Image and Meaning’.

When he retired to Cambridge with his wife Lucy, intending to paint and write, Cornford became involved again in teaching and in politics. In 1980 American cruise missiles were being based near Cambridge – at Molesworth, Alconbury, Lakenheath and Mildenhall – and Cambridge CND needed a chairman. Cornford was the ideal choice. He managed to combine his great diplomatic gifts with his wisdom and charm in guiding the organisation, which grew to a membership of well over a thousand and flourished. He was always ready to support protests, to design posters for the Peace movement or the Green Party, and he contributed regularly to the CND monthly newsletter.

A retrospective exhibition of his work was held at the Broughton House Gallery in 1995, then together with that of his aunt, Gwen Raverat, in 2004.