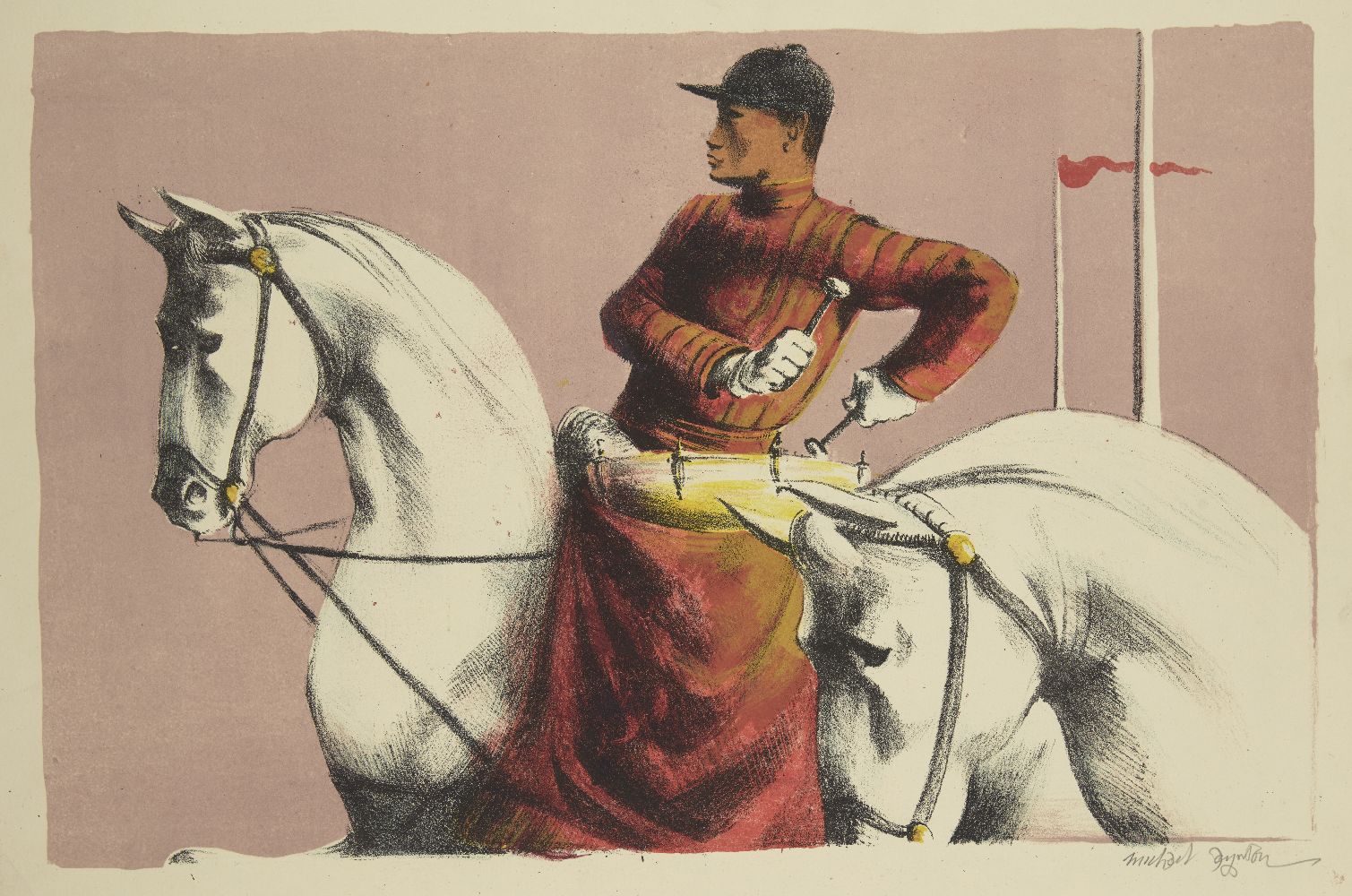 Michael Ayrton was an English artist and writer, renowned as a painter, printmaker, sculptor and designer, and also as a critic, broadcaster and novelist. His varied output of sculptures, illustrations, poems and stories reveals an obsession with flight, myths, mirrors and mazes.

He was also a stage and costume designer, working with John Minton on the 1942 John Gielgud production of Macbeth at the age of nineteen, and a book designer and illustrator for Wyndham Lewis’s The Human Age trilogy. He also collaborated with Constant Lambert and William Golding.

Ayrton was born Michael Ayrton Gould, son of the writer Gerald Gould and the Labour politician Barbara Ayrton, and took his mother’s maiden name professionally. His maternal grandmother was the electrical engineer and inventor, Hertha Marks Ayrton. In his teens during the 1930s he studied art at Heatherley School of Fine Art and St John’s Wood Art School, then in Paris under Eugène Berman, where he shared a studio with John Minton. He travelled to Spain and attempted to enlist on the Republican side in the Spanish Civil War, but was rejected for being under-age.

Beginning in 1961, Michael Ayrton wrote and created many works associated with the myths of the Minotaur and Daedalus, the legendary inventor and maze builder, including bronze sculpture and the pseudo-autobiographical novel The Maze Maker. He also wrote and illustrated Tittivulus Or The Verbiage Collector, an account of the efforts of a minor devil to collect idle words. He was the author of several non-fiction works on fine art, including Aspects of British Art.