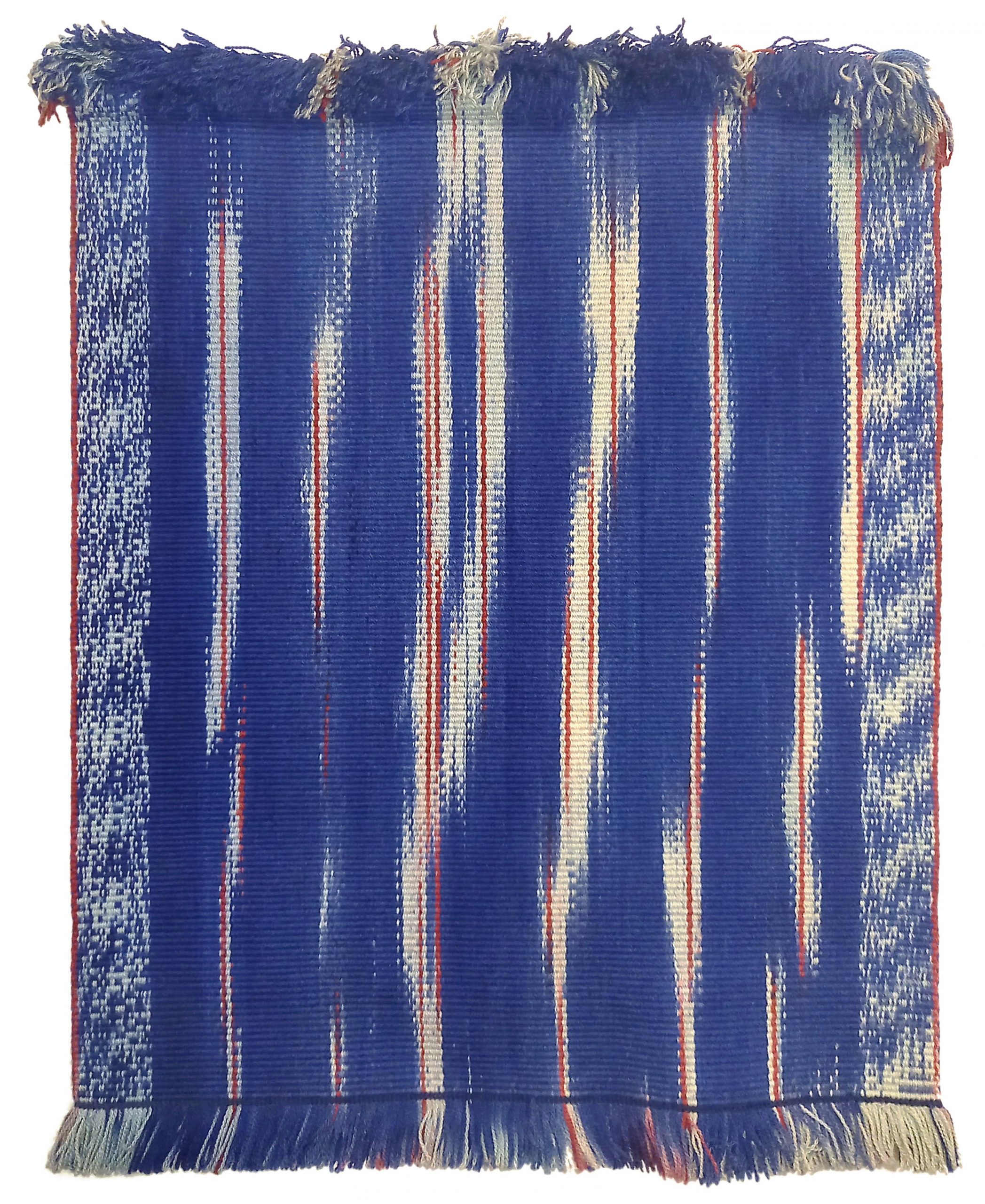 Robertson was born in Cambridge in 1948. She studied at Nottingham and Dartington Colleges of Art, at the Froebel Institute in Roehampton and at the College of Education, London.

In 1972 Robertson set up her own weaving workshop in Cornwall with Norman Young and the next year they exhibited in ‘The craftsman’s art’, an exhibition of new work by British craftsmen at the Victoria & Albert Museum. From then on the mixed exhibitions Robertson showed in, tended to have some of the countries most famous crafts persons.

Robertson used to hand vegetable-dye her wool for her weavings and spin the yarn. She has been featured in Country Life and other periodicals such as the Architectural Digest. Her work is remarkably hard to find outside of museums and governmental bodies. She was a frequent exhibitor at the Craft Council, showing throughout the 80s and 90s as part of the London and Cornish craft scene.

In 1992 Robertson’s works were part of the ‘Arts and Crafts to Avant-garde’ exhibition at the Southbank Centre. “The pottery of Ray Finch and John Leach; the furniture of Alan Peters; the hand block printed textiles of Susan Bosence to the rugs of Vanessa Robertson and Norman Young. All put form , function and truth to materials very high on their list of priorities.