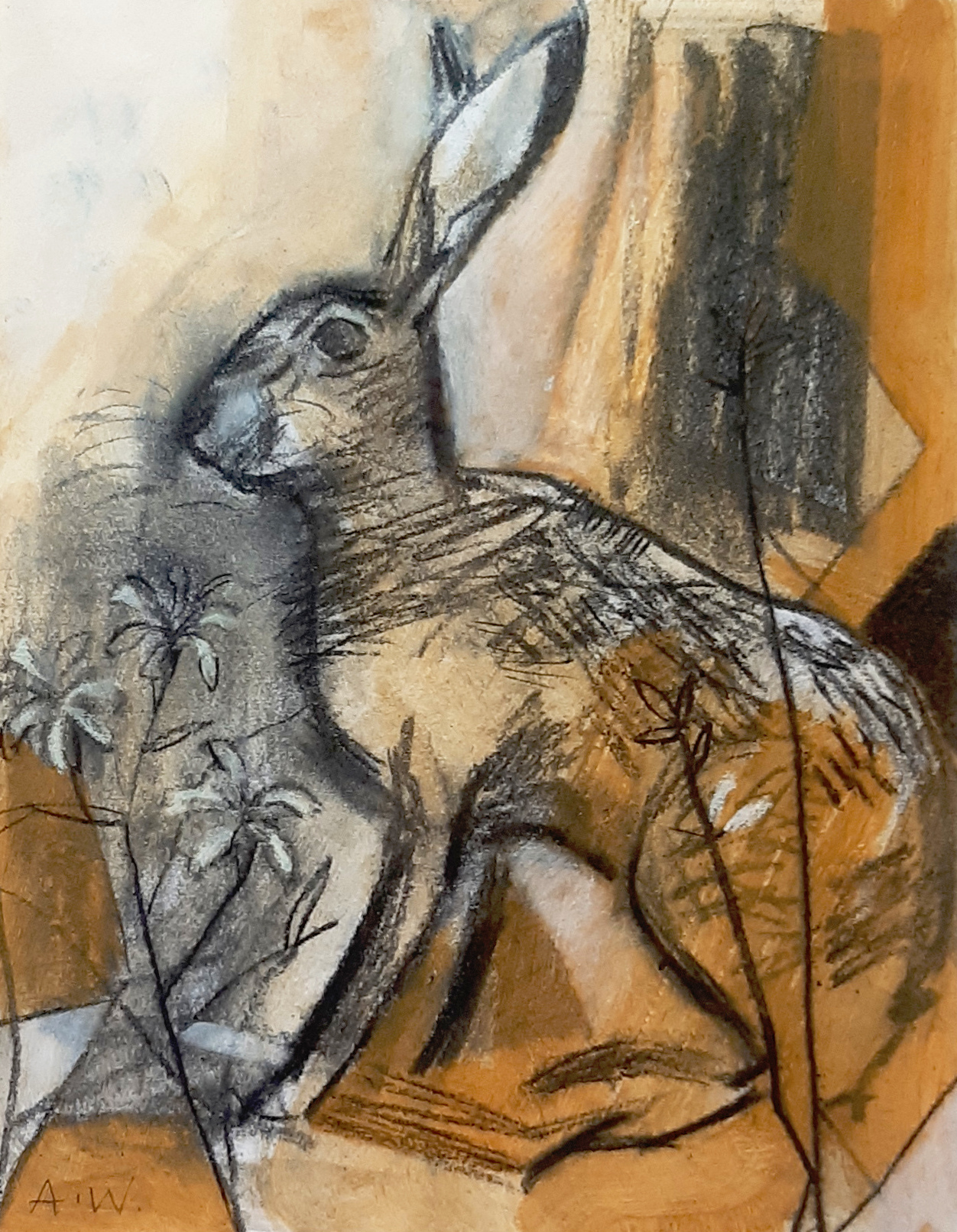 Waddington grew up in the vale of Aylesbury and later a fishing village on the South coast of Cornwall. After attending the Kings School Gloucester he studied at Dyfed and Falmouth Schools of Art. He lived in the North Essex village of Great Saling for a year before returning to Cornwall in the early 80’s, firstly to a farm on the North coast and then to Cotehele in the Tamar Valley.

Exhibitions have included: Crow, a one man show at Falmouth Art Gallery, Arts Councilcil/SWA, a related exhibition in Truro Cathedral and the Centenary Show at Truro Museum and Art Gallery. Arts Council/Cornwall county council. From 1994 five one man exhibitions with Beside the Wave, other solo shows have included Alex Gerared, Battle/Robertsbridge, Yew Tree Gallery, Penzance/Slad and Primavera, Cambridge.