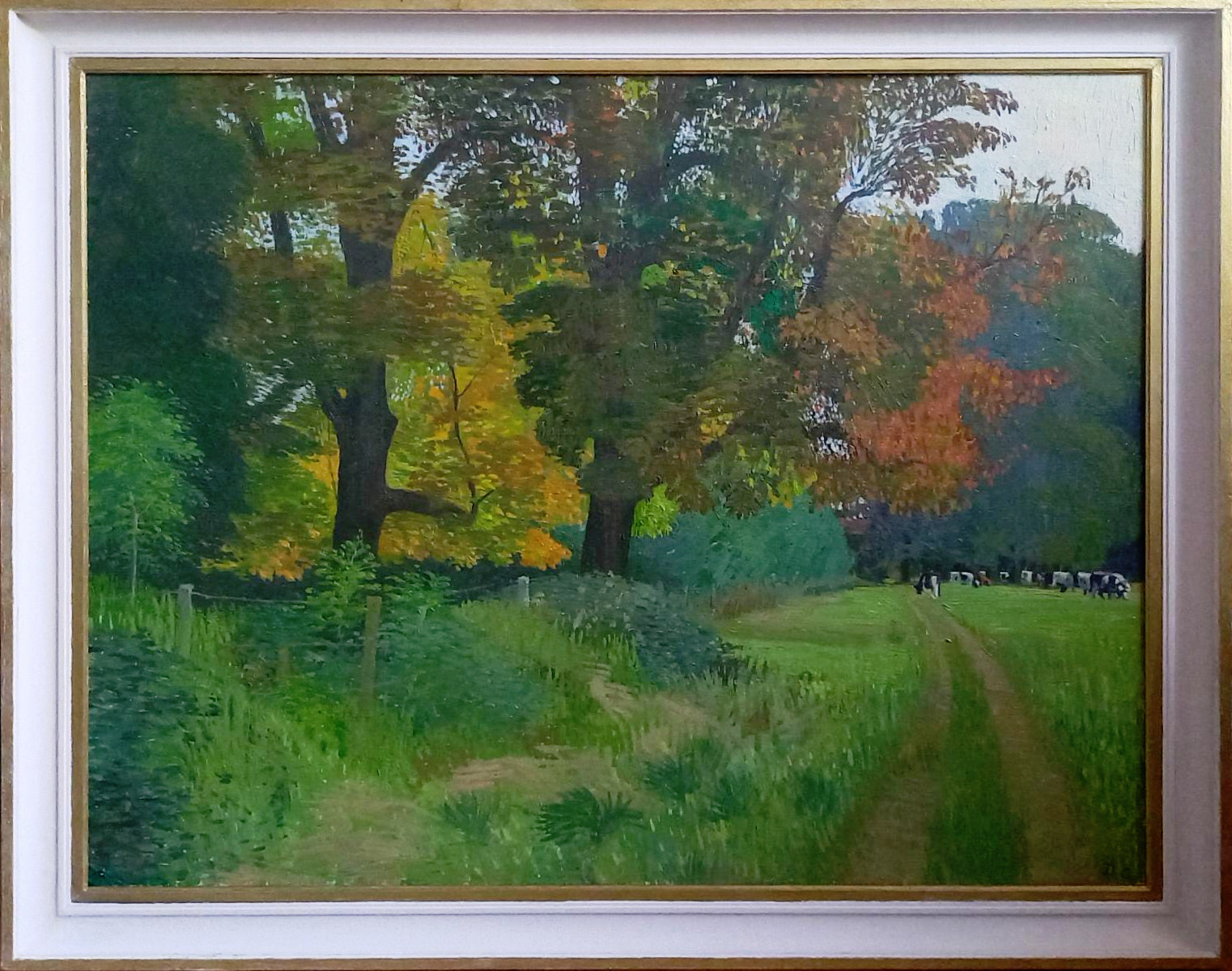 Diana Calvert won the Ablett Scholarship to attend the Byam Shaw School of Drawing and Painting 1959-1962, under Charles Mahoney and Bernard Dunstan.

She is represented in numerous private collections in Britain and abroad. She married at Fulham, London in 1981, Richard Makepeace Martineau , but continues to paint under the name of Diana Calvert. She lives and works at The Lawn, Walsham-le-Willows, Suffolk.

Composition is extremely important to her, finding patterns, similarities and contrasts in her subjects, as even conventionally beautiful views do not necessarily translate into an interesting picture. In still life and flower paintings she looks for ‘stars’ and supporting casts, trying to avoid an all over look.