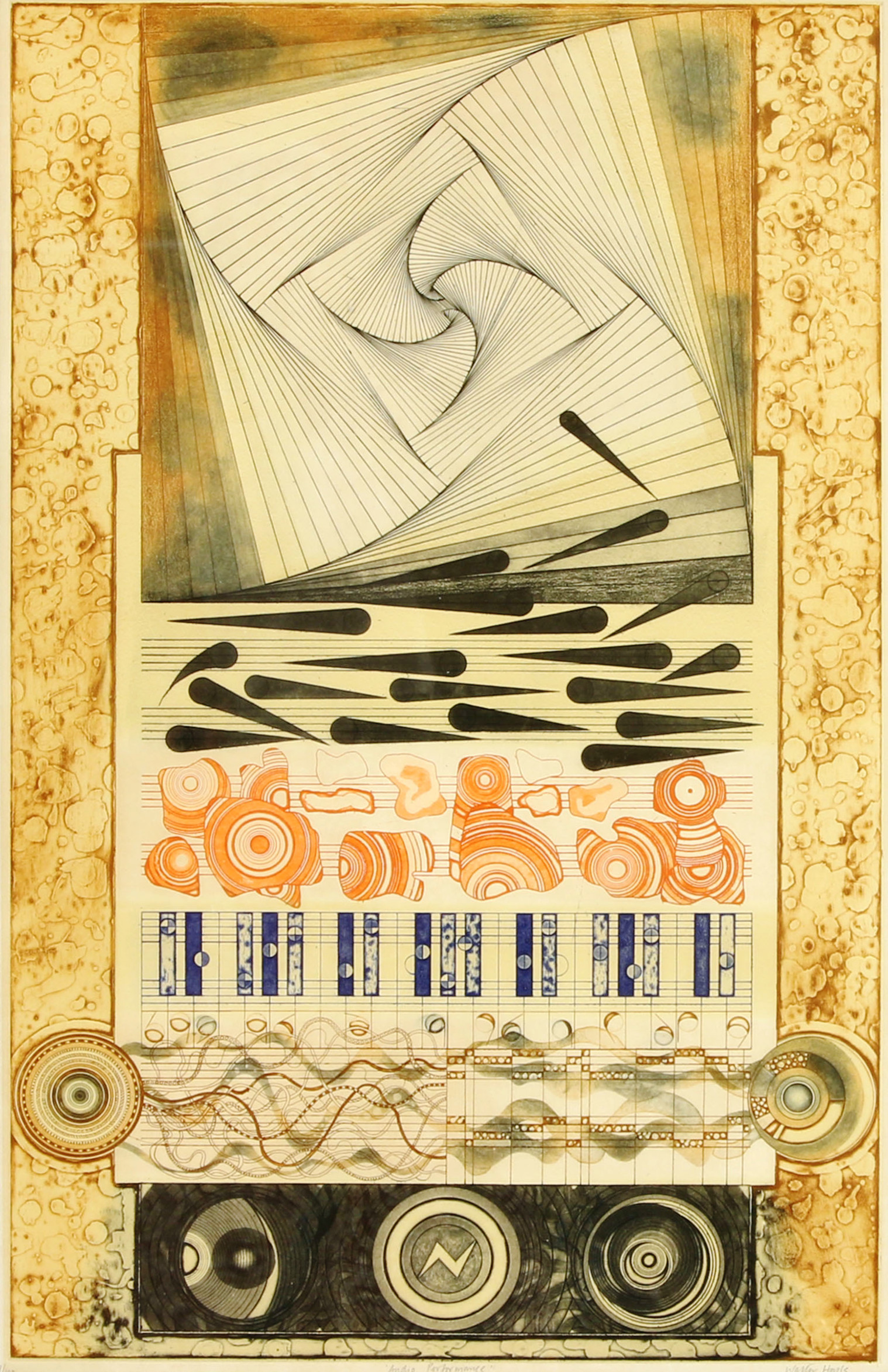 Etching, a method of making prints from a metal plate, usually copper, into which the design has been incised by acid. The copperplate is first coated with an acid-resistant substance, called the etching ground, through which the design is drawn with a sharp tool. The ground is usually a compound of beeswax, bitumen, and resin. The plate is then exposed to nitric acid or dutch mordant, which eats away those areas of the plate unprotected by the ground, forming a pattern of recessed lines. These lines hold the ink, and, when the plate is applied to moist paper, the design transfers to the paper, making a finished print.