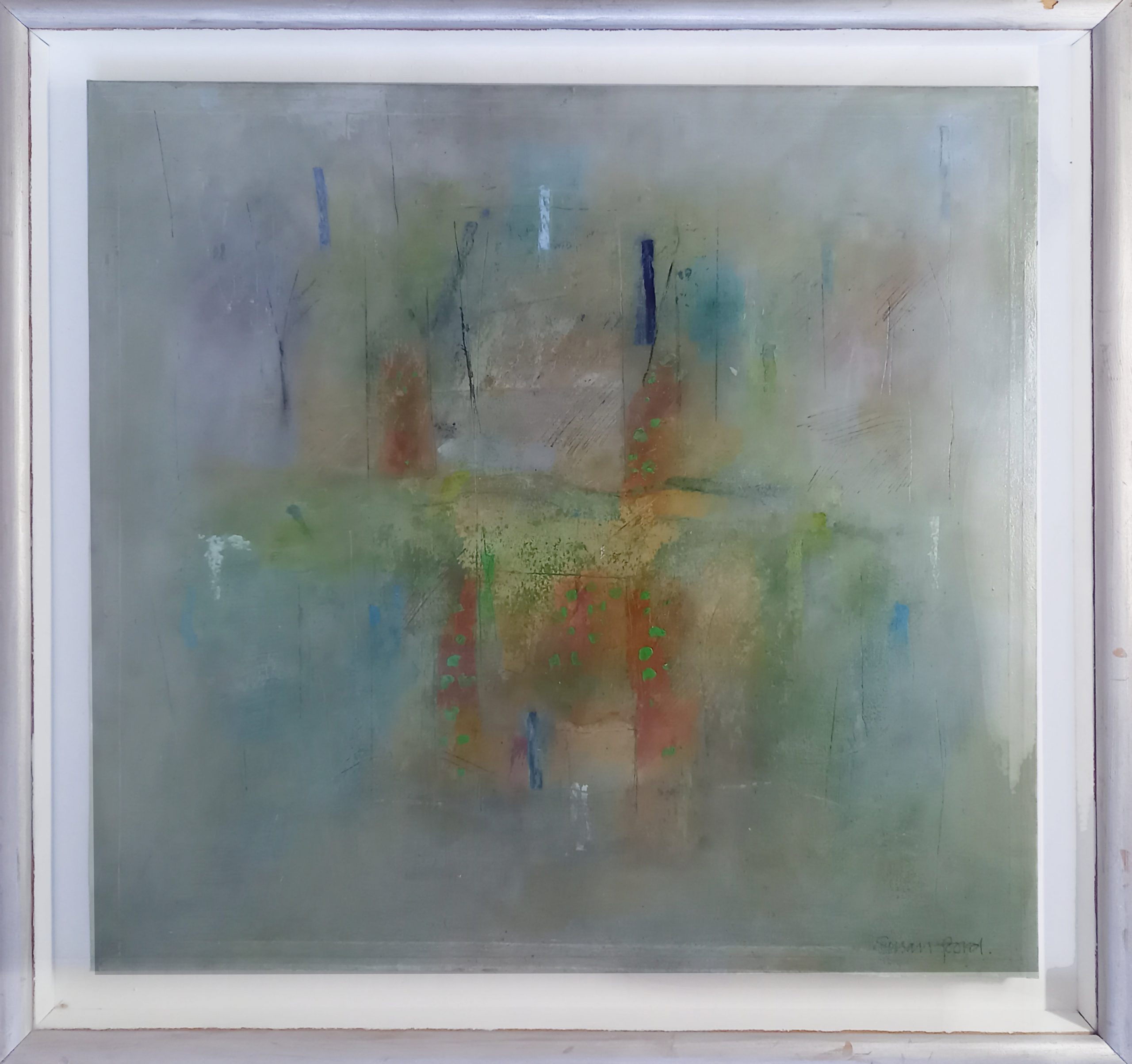 Susan Foord completed her Fine Art training at Leeds Polytechnic, studying under Jacob Kramer faculty of art and design in 1983. She went back to teach at the college in 1991 and 1992.

Awards and prizes have been given from Manchester Academy of Fine Arts, Leeds Polytechnic and in 1994 she won the Royal Academy ‘Arts Club Prize’.

Her work is represented in numerous private and public collections in the UK, Europe America and Asia. In England the public collections which hold examples of her work are the Royal Academy of Arts, Arts Club Collection, Provident Financial Art Collection Bradford, Leicestershire Collection for Schools and Colleges and the ‘Talboys’ Collection at the Royal West of England Academy.

In her own words Susan Foord writes that: ‘My approach when painting has remained consistent throughout. In preparation a very heavy cartridge paper is laid over board….. Using mixed media as a starting point, an intuitive struggle ensues until an image of clarity and unity emerges which corresponds to an inner feeling of rightness and wholeness. The resultant images are mostly evocative of landscape or seascape, seemingly viewed through a window. Sometimes images are suggestive of still life and sometimes more abstract.‘