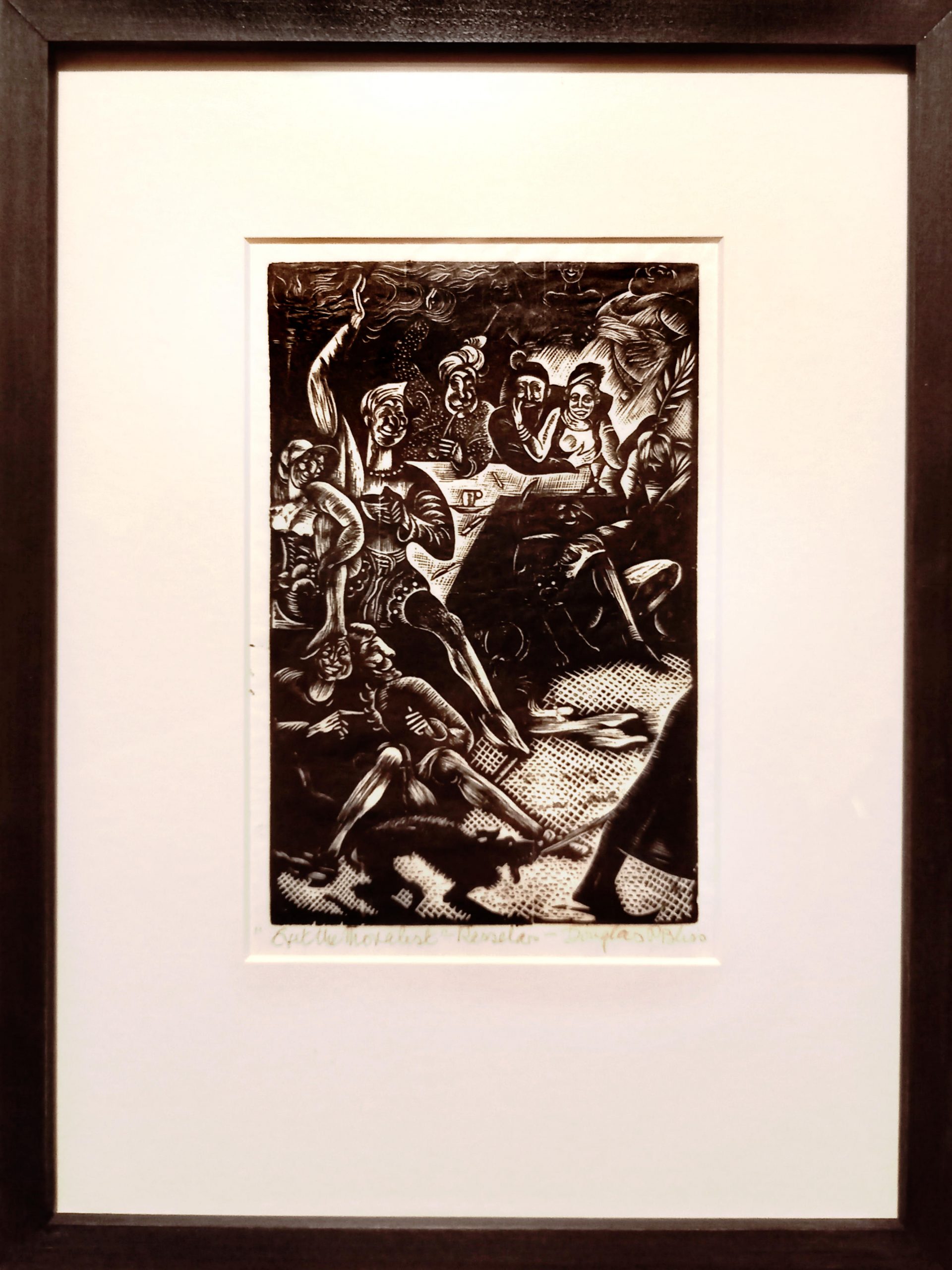 Bliss’s own art was exhibited around Britain. There was an exhibition of his work in the Glasgow School of Art, in the northern hemisphere summer of 1998. Much of the work of Bliss’s youth has been lost. In 1939 and his entire collection was stolen during the Blitz. Decades later sixteen degraded blocks were identified at an auction.