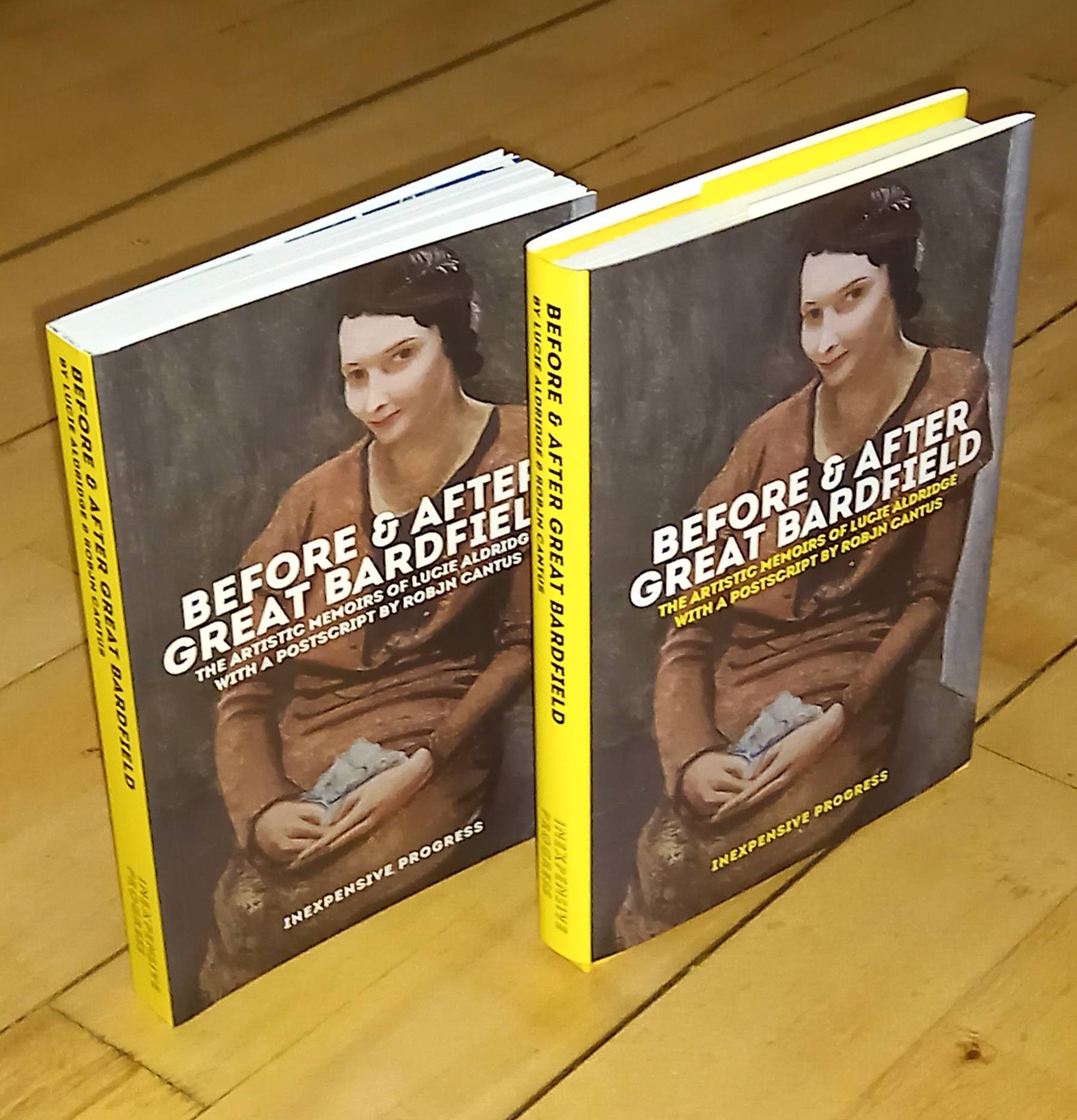 Before and After Great Bardfield

Before and After Great Bardfield: The Autobiography of Lucie Aldridge with a postscript by Robjn Cantus. The limited edition hardback is one of 50 copies that are signed and numbered with dust-jacket. The paperback is in a run of 250 copies. This is the pre-order. You will get the book on the release day 16th August 2021.

“It will have to wait until I’m dead or Laura will shoot me,” Lucie Aldridge wrote of her autobiography, referring to Robert Graves’s long-term mistress and muse Laura Riding. A painter and rug weaver, Lucie Aldridge settled in the Essex village of Great Bardfield in 1933 with her husband, the painter John Aldridge. Also living there at that time were Eric Ravilious and his wife Tirzah Garwood who were cohabiting with Charlotte and Edward Bawden. When Tirzah and John had an affair it tarnished the Aldridge’s marriage forever, something Garwood didn’t acknowledge in her biography Long Live Great Bardfield.

This is Lucie’s newly discovered autobiography, with a detailed biographical postscript by Robjn Cantus. The memoirs were written at the suggestion of the editor of Time magazine, T. S. Matthews. They describe her unorthodox childhood in Cambridgeshire, the involvement of her family in Women’s Suffrage, her marriage during the First World War, and her experiences at Art School in London in the 1920s. A beautiful woman, she posed for several artists. She also observed the post-War era of the Bright Young Things and the painters she knew, including Robert Bevan, Cedric Morris and Stanley Spencer. Through John Aldridge she came to know Robert Graves when he was living in Deià with Riding, and provides a fascinating account of her visits there while Graves was in self-imposed exile after writing Goodbye to All That. During these visits she also met and wrote about poets and artists such as Norman Cameron and Len Lye.

After Lucie’s death in 1974 the memoir was lost, but it recently surfaced in
an American university archive. This is its first publication with her text illustrated with linocuts by Edward Bawden. The postscript covers the other artists of Great Bardfield and their friends.

After being postponed due to the Covid pandemic the book is released on the 16th August. It has been printed in a limited edition of 50 hardback copies and 250 paperbacks.

If you are interested in the author giving talks on the book please email.